Landscapes of Injustice Claim Series #12 The Case of Akira Namba 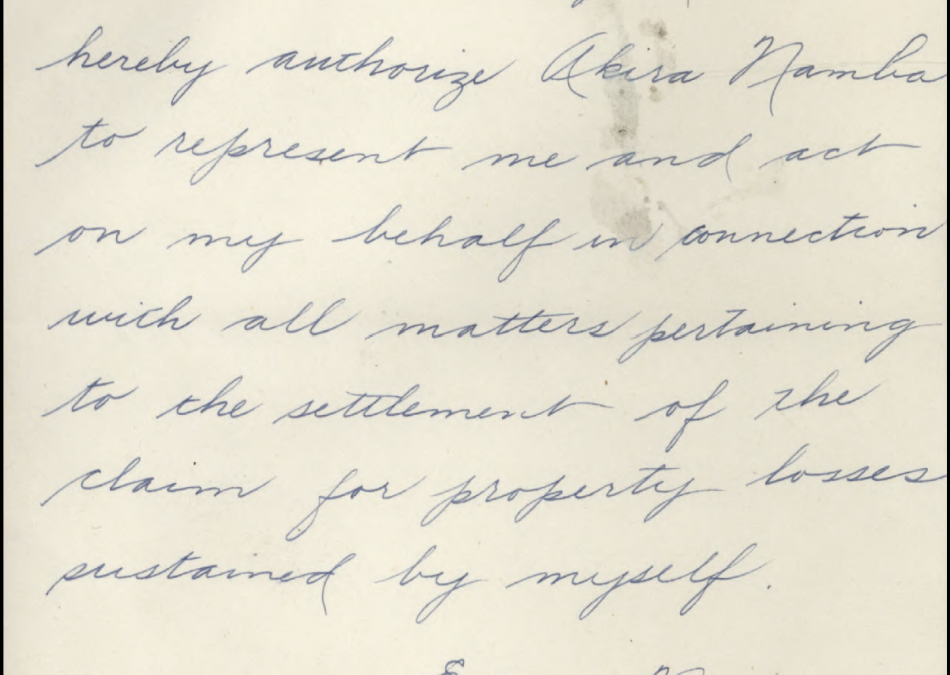 This article in our series on the four claims highlights Claim #2: Dispossession is hard work. It comes from Isabelle D. Tupas, an undergrad at KPU and practicum student volunteering at the Nikkei National Museum & Cultural Centre.

Claim #2 states that the dispossession required years of administrative work and the complicity of thousands of people. Hundreds of government officials laboured in the dispossession. Thousands of civilians stole and bought the belongings of their former neighbours. Japanese Canadians felt the burden of daily administration for an entire decade.

The Office of the Custodian was responsible for documenting the identities, properties, and belongings of Japanese Canadians, but its structure became unorganized as time went on. It was not uncommon for workers to become inattentive in their tasks, their errors ultimately affecting the protection of Japanese Canadian property.

Although a federal commission was put in place to investigate and compensate Japanese Canadian material losses under the Bird Commission, it did little to aid the financial casualties caused by unmotivated agents and dispossession as a whole. The case of Akira Namba is an example of Japanese Canadians adhering to Canadian rules and systems despite the government’s administrative negligence in protecting Japanese Canadian possessions.

The Case of Akira Namba

During the early years of dispossession, Japanese Canadian adults were ordered to register their possessions with the Office of the Custodian. In 1942, businesses, land properties, farms, boats, food, crops, and other personal belongings were some of the things Japanese Canadians needed to register prior to being interned or forcibly moved.

Akira Namba and his sister Setsuko registered their 17-acre farm to the Office of the Custodian in Haney, British Columbia. Their father, having legal authorization to act on Akira’s behalf in regards to the property, made the decision to lease the farm to their neighbour. In 1942, an agent from the Office of the Custodian was sent to the farm to file an appraisal report listing what was left, and before notifying the Namba family, sold everything on the property.

The report, which was filed months after the Namba family had been forcibly uprooted, had listed inaccuracies about the house and chattels (personal items) that lowered their value. When proceeds from the auction were sent to the Namba family, the money was a fraction of the items’ true market value. 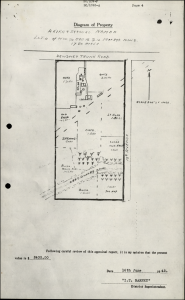 In 1947, four years after World War II, the Royal Commission on Japanese Claims or The Bird Commission, provided government investigations and compensations for material losses during Japanese Canadian dispossession. The following year in 1948, Akira Namba represented his family to the Commissioner to investigate and reclaim the money that was supposed to be made from his family belongings. 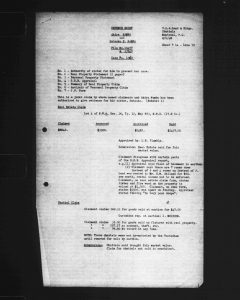 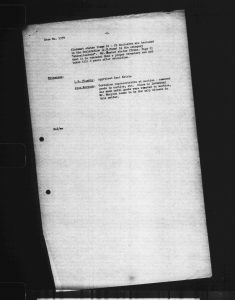 Though the Commissioner agreed that the agent of the Custodian calculated the Namba’s property values incorrectly, the Namba family received limited compensation. One of the errors the Namba family was compensated for was their 120 fruit-bearing orchards (valued at $180) being listed with no attached value.

On June 3rd, 1950, although the Namba family claimed $8000 for the wrongful sale of their family possessions, they received a cheque from the Bird Commissioner for a total of $2934.79.

The Royal Commission on Japanese Claims (The Bird Commission) (1947-1951) was not enough to fix the insurmountable damage caused by the dispossession policies of the 1940s. As Kaitlin Findlay, Research Coordinator of Landscapes of Injustice states from her Masters’ thesis concerning the ineffectiveness of the Bird Commission, she notes that “Community histories bitterly describe the Commission as destined to failure, with narrow terms of reference that only addressed a fraction of what was taken.”

The case of Akira Namba is not an isolated incident. Thousands of appraisal reports with errors in inventory and prices were filed by the Office of the Custodian, costing Japanese Canadians thousands of dollars in property casualties and unpaid remittances. Although the Bird Commission offered investigations and compensation towards Japanese Canadians, it was not enough to undo the damage caused by negligent agents and other government workers unwilling to correct them. 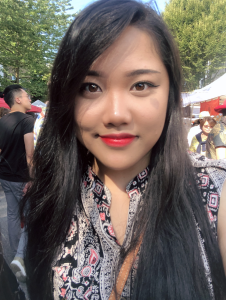 Isabelle D. Tupas is a student at Kwantlen Polytechnic University in Vancouver, British Columbia, Canada majoring in Asian Studies and has just completed a practicum processing case files created from the dispossession and forced displacement of Japanese Canadians in the 1940s. Through her time with the Landscapes of Injustice she has aided in supervision of volunteers and has learned about the work of digital humanities. As a second-generation Filipino Canadian, Isabelle is inspired to see the work of immigrants being honored and remembered through Landscapes of Injustice.