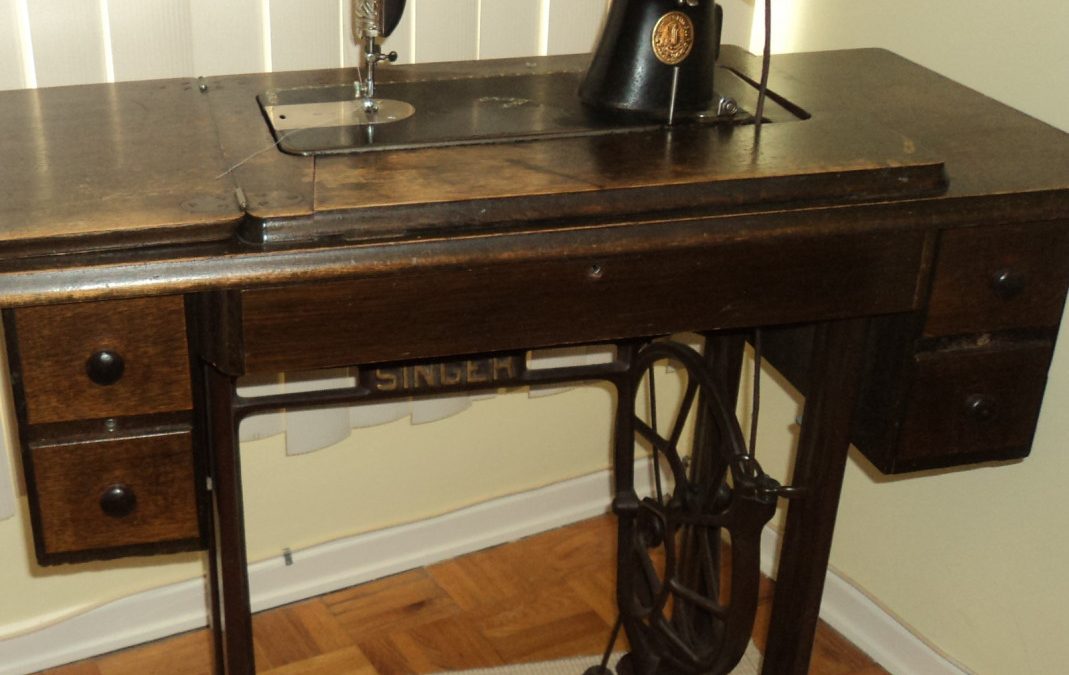 Do you know what was lost?  You probably know about the confiscation of fishing boats, radios, cameras, and vehicles.  You know that homes were sold and that there were limits on what they could take with them.  But do you know everything that your ancestors left behind and lost?

As a yonsei, whose parents were born while their parents toiled on sugar beet farms in Alberta and Manitoba, I don’t remember discussions about internment era experiences of my ancestors.  Maybe there was a little around the time of Redress, but nothing very detailed as my relatives did not like to talk about their experiences of the 1940s.  Now, almost all of them are gone and asking questions is no longer an option, which is why the Office of the Custodian of Enemy Property case files that the Landscapes of Injustice team has gathered, and are making easy to access, are such important artefacts for all descendents.  These files comprise the records that the government kept on the property of each Japanese Canadian adult, usually including a card with their file number, a property form, an RCMP information page, records of debts, surrendered property records, and correspondence regarding property.  I was fortunate to have connected with the Landscapes of Injustice team during the Nikkei National Museum & Cultural Centre’s Internment Camp Bus Tour in 2019 and took advantage of their offer to receive these files in advance of the Digital Archives being publicly available. It was in these files that I learned of their losses.

In the case files, I found that they most directly related to these two claims being made by the Landscapes project: 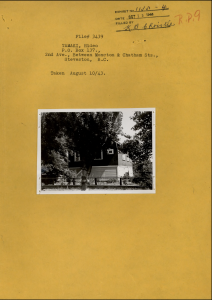 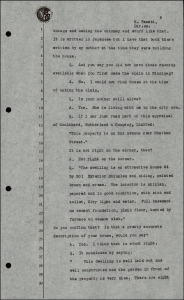 Killing of Home:  The property form in the case file will tell you where they lived in the “protected area”, whether their residence was owned or rented, and a number of other things.  I was shocked to learn that my Jii-chan, Hideo Tamaki, had this house built when he was just 21 on land his widowed mother, a midwife at the Fisherman’s Hospital, had purchased for him.  When he married my Baa-chan, Fumi (nee Akiyama), a decade later in 1941, they lived in this house on 2nd Ave, near Chatham, in Steveston, that was sold by the Office.  My grandfather filed a claim through the Bird Commission and the report contains the court record of my grandfather’s testimony and itemized list of things that were left behind –pots and pans, a 29-piece tea set, pruning shears, records and a record player, table cloths, window curtains, and the list goes on.  As newlyweds, it must have been heartbreaking to leave it all behind and have to restart again in Manitoba so soon after beginning their life together.  The property form also showed that my Jii-chan had purchased a War Savings Certificate and Victory Bonds, to help Canada fund the war that caused the government to force them from their home.

Conversely, my Akiyama great-father, Tarokichi, and his eldest sons, who ran a hardware store at 368 Powell Street had, according to their case files, liquidated everything in the store before they evacuated and their files do not mention any personal property being left behind except for one radio that had been surrendered, despite being a family of seven living above the store.  I hope this means that they were able to sell most of it before they left and did not bury or burn too much.  Regardless, I assume it means that they only had what they took with them to the various camps they were sent to and restarted building their homes from there.

Complicity of Many:  The case files I received ranged from 6 pages to 161 pages for each person, with an average of 30 pages.  I have trouble imagining the level of effort involved in today’s world where there are databases to help track these things, computers to store it all and the internet for instant communications.  Going back to paper records, carbon copies, manual typewriters, letters sent by post, I can’t wrap my head around the effort and the associated cost that the government put forth to track and manage everything.

My Inouye grandparents, Jokichi and Sanaye (nee Nakamichi), were living at a logging camp where my grandfather worked as a logger for the Mayo Lumber Co. before he was sent to a road camp and my grandmother and her infant daughter to Hastings Park.  The company allowed the Japanese workers to leave some of their belongings at the Japanese Hall in Paldi.  In my Ba-chan’s case file was a handwritten letter, as well as this typed version requesting that her belongings be sent to her at the sugar beet farm they were at in Picture Butte, AB: 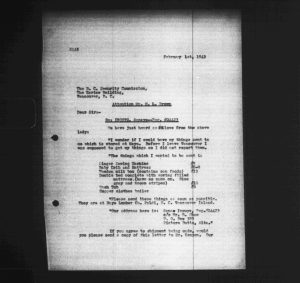 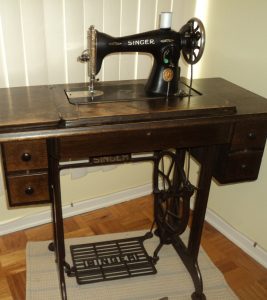 On the list is a Singer sewing machine and after reading this in her case file I asked my Ba-chan if that sewing machine is the same one she has in her bedroom today and she confirmed that it is.  So this sewing machine has travelled from a logging camp near Paldi on Vancouver Island, to sugar beet farms in Picture Butte then Turin in Alberta, through a few towns in Northern Ontario before arriving in Toronto over the past 80ish years, pretty amazing.

My family and I are thankful that the Landscapes of Injustice project compiled and made these files available as they filled in holes, some that we didn’t know existed, in our family history.

I will leave you with this quote from Mary Manko Haskett, a WWI internment survivor:

Because no one bothered to remember or learn about the wrong that was done to us it was done to others again, and yet again. Maybe there’s an even greater wrong in that.