Paldi-The town that time plum forgot. A story of dispossession and repossession 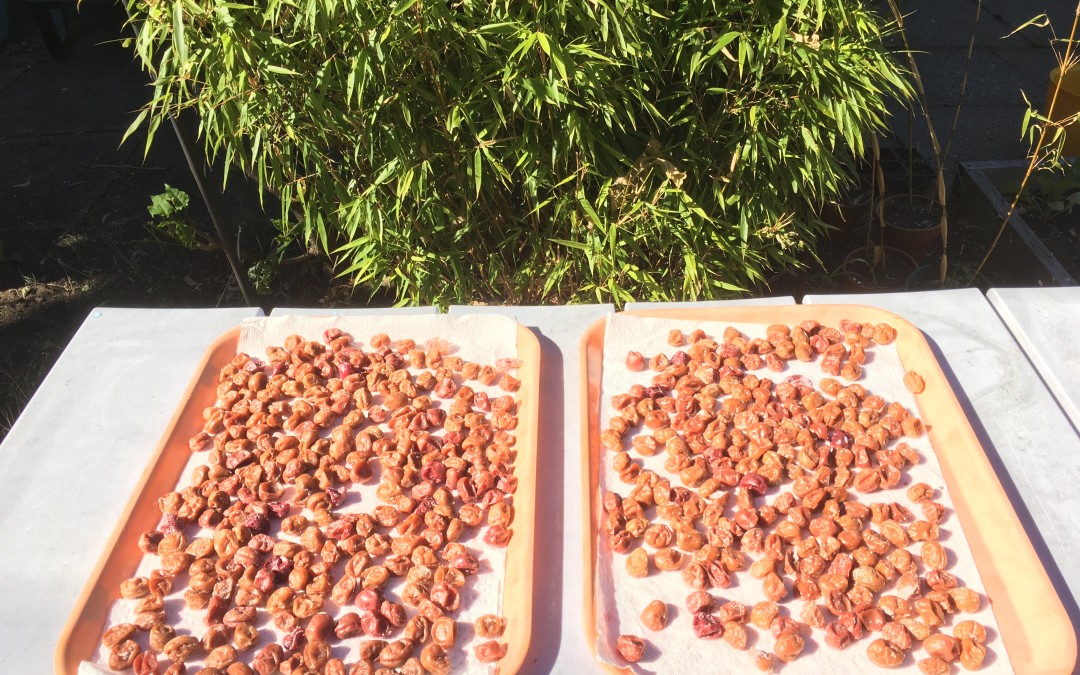 The Town That Time Plum Forgot
By Michael Abe

My mother, Ruth Abe (nee Toyota) was a young girl when her family was uprooted and sent to Popoff and New Denver during WWII. She was the second youngest of 14 children born to Shoshichi and Kiriye (nee Obuchi) Toyota living in the sawmill town of Paldi, between Duncan and Lake Cowichan on Vancouver Island, BC. They lived beside Shoshichi’s brother Daigoro and his family who, incidentally, was married to Kiriye’s sister, Hanayo. There are often stories of picture brides meeting their husband for the first time and what happens if they don’t match up well. In this case, the brothers exchanged the sisters and it must have worked as Daigoro and Hanayo had 11 children of their own (but that is another story for another time).

Paldi was a unique town in the middle of a racist British Columbia. Here, children of Chinese, Japanese and East Indian descent played together and shared cultures, foods and traditions, it was truly an anomaly of the time.

With a Paldi map from 1933, updated in 2000 by Tom Tamagi with the locations of over 80 pre-war families, I set off to find the original site of their homes last year with my cousin Dr. Jane Toyota and her partner Richard Kenno. There is very little left of the original town, but we were fortunate to be guided by Joan Mayo. Joan is the wife of the eldest son of Mayo Singh, the founder of Paldi and is the author of the book, Paldi Remembered. Like a treasure map, we tried to locate the site of an old water tower to triangulate with the site of the old school house that had burned down a number of years ago. Joan enlisted neighbour Wayne Bahler who had lived there for the last 20 years. “Yes, I know the tower, I dismantled it several years ago because it was getting to be a hazard.” he told us. With map in hand, we trudged through the woods and came across a clearing that we thought were the sites of the two Toyota houses. The houses were built by our family but the land had always been owned by the Mayo family so strictly speaking, other than personal items, there was no land dispossessed by the government as investigated by the research in Landscapes of Injustice.

In passing, Wayne mentioned that there were two plum trees that stood somewhere near the site that were beautiful in the spring but stood in the middle of the forest, so he had dug them up and transplanted them in front of his home nearby. 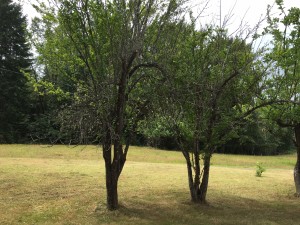 Excited with finding the site of my mother’s former home, I was equally excited to show her the site when she was visiting from Ontario this spring. And when told of the plum trees, my mother quickly reminisced about how her mother and aunt would pickle the small plums to make umeboshi, the sour plum used in the middle of onigiri (rice balls). They were a staple of the immigrant family and helped keep the bento box contents preserved without refrigeration during long work days.

This spring, along with my mom, wife, daughter and another cousin, Kerry James, I again knocked on the door of Wayne for permission to traipse around his woods. The area we were interested in was actually owned by his neighbour, Richard, who happened to be doing some log work nearby. Upon hearing our story, he was able to point us to a more exact spot where the houses would have stood. This photo shows my mom the “front porch” of her home. “Tadaima” (I’m home) 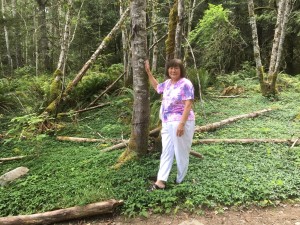 On July 1st, I returned with pails and ladder and with the help of Wayne, we collected about 3 kilograms of the small, green, unripe plums from the trees in front of his house. Although not using a recipe handed down from generation to generation, I followed the directions from the Japanese CookDo website and prepared the umeboshi, hoping to recreate the flavours of over 75 years ago. And finally, they have come to the last of 3 days drying. So tart! So salty! Just the way umeboshi should taste. I can’t wait to send some to my mom and aunts to see if they conjure up any taste bud memories. Oishikatta, gochisosama deshita! (What a delicious feast!)