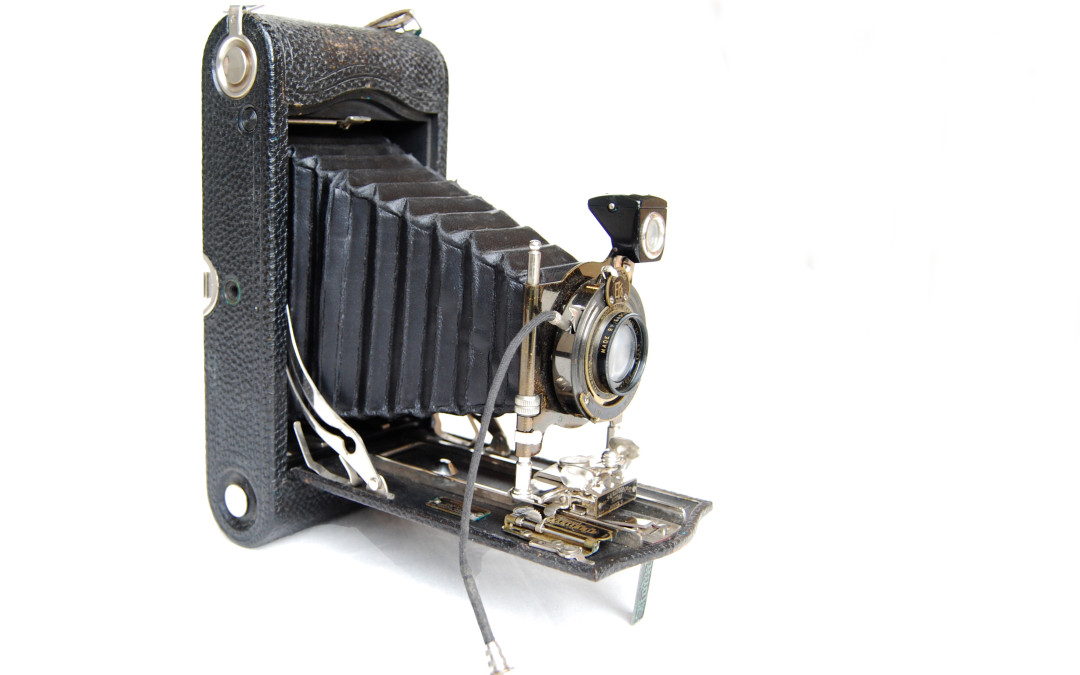 This small and fairly ordinary No 3-A Autographic Kodak Folding Pocket Camera encompasses many stories.
The Mizuno family ran a rooming house at 578 Alexander Street. Mr. Cornish was a bachelor who rented one of the upstairs rooms. He called his landlady Mama Mizuno and was a good friend to her two daughters, Mary and Jeri. In 1942, when the family was required to quickly move from their home, they sold many things quickly and cheaply. Cameras were forbidden in the internment camps, so they could not take it with them. But this camera had sentimental meaning to them and they did not want it sold, so they asked Mr. Cornish to care for it until they could return. The camera originally belonged to Mr. Mizuno, who had passed away before Mr. Cornish met the family. The family were evacuated to Sandon, BC and later moved to the Toronto area. They never returned to claim the items, and Mr. Cornish eventually decided to donate them to the Japanese Canadian National Museum in their memory.

This “pocket” camera was 10 inches (25 cm) long, and was one of the best selling styles of camera in history. This was considered an amateur’s folding bellows camera, and was made by Eastman Kodak from 1914 to 1934. It originally sold for about $50. The 3A created 3 1/4 x 5 1/2 inch postcard format images on Kodak 122 roll film.