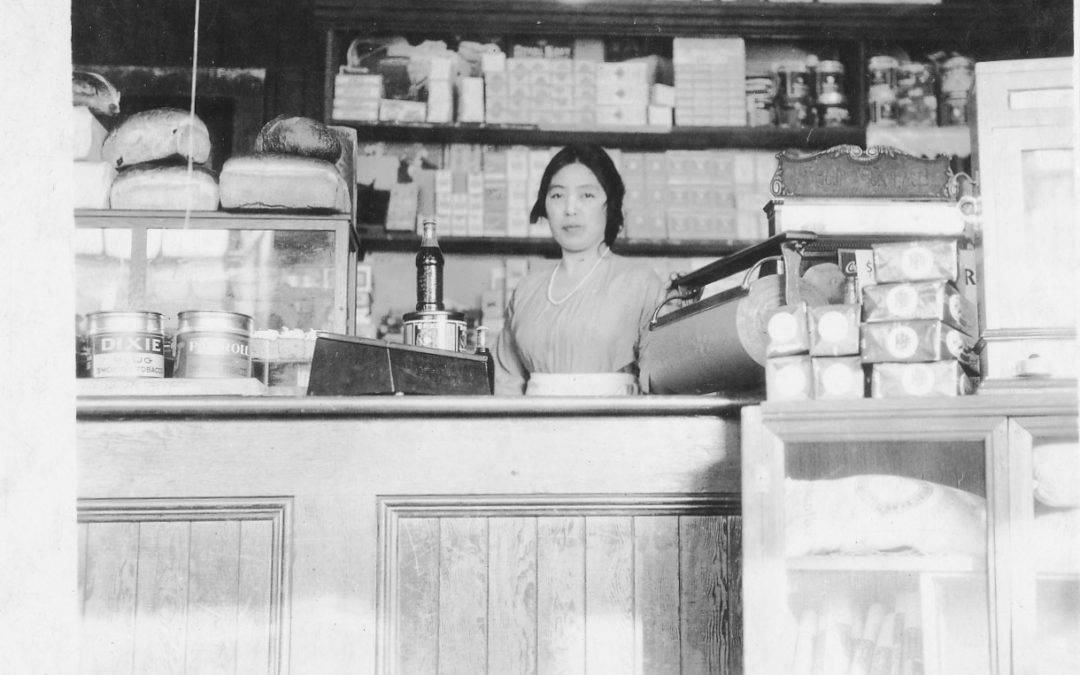 Landscapes of Injustice will launch their Digital Archive Database at the end of March, details in the next issue. In our continuing series of the four claims, we have been focusing on the loss of home and that dispossession is permanent. Here is an article from Nana Spence.

Accessing the Archives: Connecting the Dots

Time is now collapsing in my universe. My parents have both passed away. I was designated executor of my mother’s estate. It was left to me to deal with a large house filled with items of value and junk. I’ve heard before that many survivors of the Japanese-Canadian internment became hoarders. It must be a Murphy’s Law that the more space one has, the more it gets filled with “stuff.” Going through everything though became easier the longer it took. It finally came down to family history versus donations and garbage. Everything had to be examined because there might be photos or money in the pages of books or magazines. There was no order to the chaos.

The contents we’re talking about were pre-war to present day.

I had heard some family history from my parents but, in the disinterest of youth, I asked few questions. My father never would talk about the internment because he would just get angry. My mother spat out about living with her mother in the stables at Hastings Park, but wouldn’t elaborate other than that.

What I did hear about much later when I was finally interested was my mother’s family history. This to me was fascinating. My mother, Sumi (Sumiye Kanamaru), was born in Vancouver in 1918. Her father, Harukichi Kanamaru, was a labourer who was single. His friend’s wife asked him if he would like to marry because she had a girlfriend in Japan who might come to Canada. My grandmother, Mine Yamamoto, agreed to come and marry him. She had brothers and there was no future for her in Japan until she married. Mine’s mother said one cannot move to another country without something to offer, so Mine took a midwifery course and arrived to marry a stranger. I never learned all this until long after Bachan had passed away. I never did find out if she got to practice her skills. I do know that she opened a tobacco kiosk in Vancouver, and went on to open a grocery store in Strathcona, then a dry cleaners and dressmaking shop where she eventually taught girls to sew. Meantime, early on, Harukichi died in an industrial accident. My grandmother was now a widow and mother of a 2-year old. What a wise great-grandmother and amazing grandmother I had. Bachan lived with my parents until she needed more care. Only our family and her many friends could understand her Japlish. I brought back a bronze bust she had commissioned of herself and it sits in our living room so she can watch everything going on. In the summer she props open our front door to watch activity on the street. 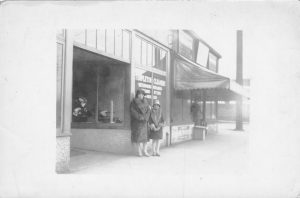 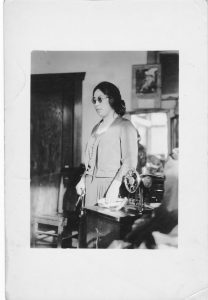 When the war broke out, Bachan had real estate and businesses in Vancouver. She and Sumi went to Hastings Park and then were shipped to Ontario to work as domestics at the farm and home of the Premier of Ontario (Mitchell Hepburn). My grandmother became ill while working and Sumi went to Toronto to find work to take care of them. Their own savings had to pay for medical and hospital care. The only people who would rent them rooms were Jewish people who also knew what it meant to be persecuted. My mother was hired as a seamstress in the Spadina Ave. garment industry, again Jewish employers.