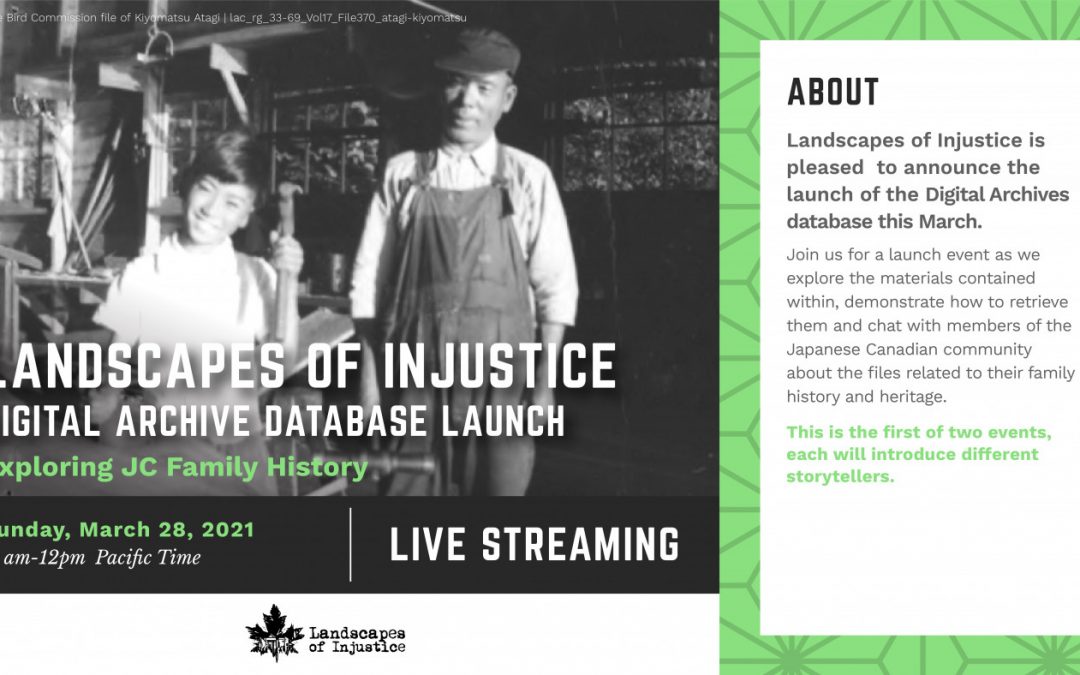 Message from the Project Director

The Landscapes of Injustice project was made possible by the generosity of the Japanese Canadian community. A big, ambitious initiative, dependent upon new relationships, it needed trust and    patience to succeed. As someone who was new to the community when we began, I’m forever grateful for the support I received. And so as we come to the end of the project, it is especially    gratifying to launch outputs that will have clear, widespread benefit to members of the community.

We’re proud to launch one of those this month: a digital research database. This resource contains the record of the dispossession that will be invaluable for future research by scholars and community members. Letters of protest written by Japanese Canadians in the 1940s are now accessible to the public. Oral histories of Japanese Canadians who remember the dispossession and their descendants are available alongside interviews of the children and grandchildren of perpetrators and bystanders who are also grappling with this history. The database provides access to land titles documenting the transfer of real estate to other British Columbians. It houses the transcripts of hearings in the 1940s, when over 1,000 Japanese Canadians told the government just how wrong it had been and how much they had lost. Perhaps most remarkable, through partnership with Library and Archives       Canada we have been able to digitize over 15,000 case files – including one for virtually every       Japanese Canadian who lived through the dispossession.

Project Manager Michael Abe has taken a lead in sharing these resources with members of the    community. He sees the digitized case files among the most impactful and valuable results of the project. Sharing files with descendants, he’s found that their responses “range from anger to        disbelief, sadness, but most of all a better understanding of their family history. It has helped       connect dots, confirm or dispel family knowledge and has already informed the creation of novels, films, plays and other literary and creative works in telling their stories.”

Until now, we’ve only been able to provide selective access to these materials, as we’ve been in the process of digitizing and cataloguing them. With the launch of the database, they are now available to researchers, as well as to every Japanese Canadian family. We hope that members of the        community will attend our upcoming events when we will formally launch the database and explain how to access case files (Sun. March 28 and Wed. March 31, details are in this newsletter) in which researchers will support community members in reading and contextualizing these resources. This month marks the anniversary of March 1942, when the government created the offices to oversee the dispossession of Japanese Canadians. We proud, in repudiation of that choice, to share the     details of that process as well as the brave responses of Japanese Canadians at the time.