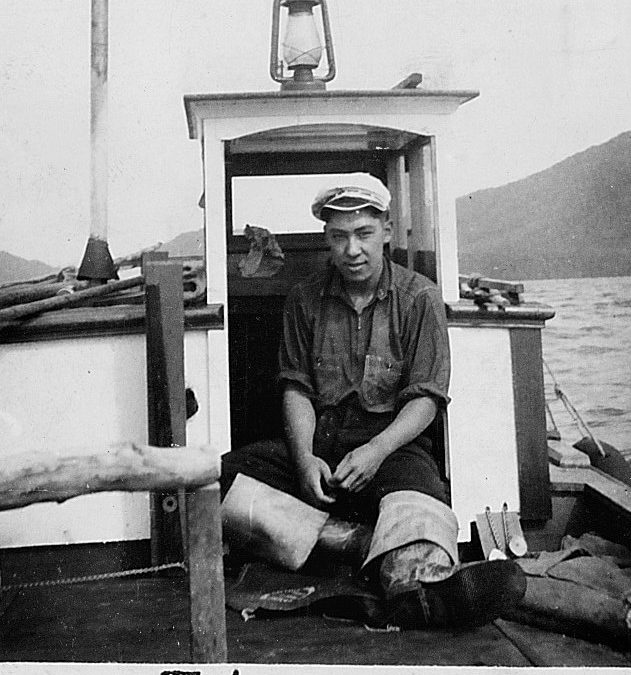 My father, Tadashi Kadowaki, along with my grandfather, Katsuki Kadowaki, were commercial salmon gillnet fishermen at North Pacific Cannery on the Skeena River before the Second World War. With the internment, their boats were confiscated and sold by the government. My father was a young 21 year old fisherman just starting what he thought was going to be a long and prosperous career following in the footsteps of his father. I have the confiscation records that show what their boats were apparently worth and what they were sold for. 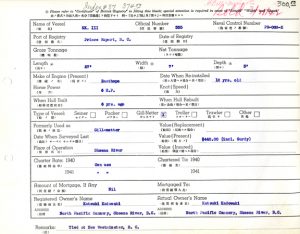 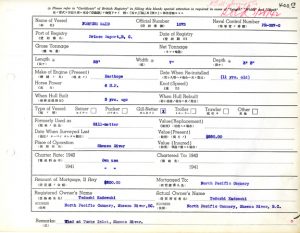 After the war, the family ended up in Montreal since they couldn’t go back to the west coast until 1949. My grandfather went back to fish for North Pacific Cannery in the early fifties on an old company rental boat, and soon after they rented him one of their new boats, the NP 322. My father never went back as he had met my mother and started a family in Montreal. As their oldest grandson, I was fortunate to deckhand for my grandparents for 8 fishing seasons starting in 1965 during which my grandfather taught me all of his tricks for being a successful river fisherman. I skippered the NP 322 with my brother Doug as a deckhand for 2 more seasons and then Doug took our other brother Mike as a deckhand for 2 more seasons. That ended almost 60 years as commercial salmon fishermen on the Skeena River for the Kadowaki family.

Although my parents and grandparents suffered tremendous loss as a result of the internment, they never passed on any anger or resentment to me or my siblings. They always encouraged us to do our best in our endeavours. Unfortunately, it’s only after their passing and as I’ve gotten older that I’ve come to more fully appreciate their resilience and the gift they passed on to us by parenting us as they did.

Ron is currently living in Nanaimo (semi-retired) and started on a long career as a salmon biologist with the Department of Fisheries and Oceans the year after he stopped fishing. 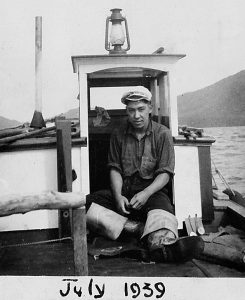 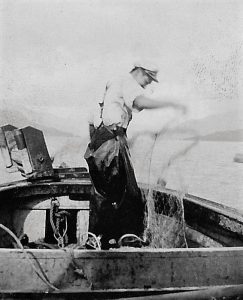 Photos of Ron’s dad, Tadashi, fishing before the war. It is not known if this is the same boat as in the confiscation ledger.  Photo credit: Ron Kadowaki family collection

Records of the Fishing Boat Ledger of confiscated boats can be found through The Ledger on the www.witnesstoloss.ca

The details of Katsuki Kadowaki’s boat can be found there