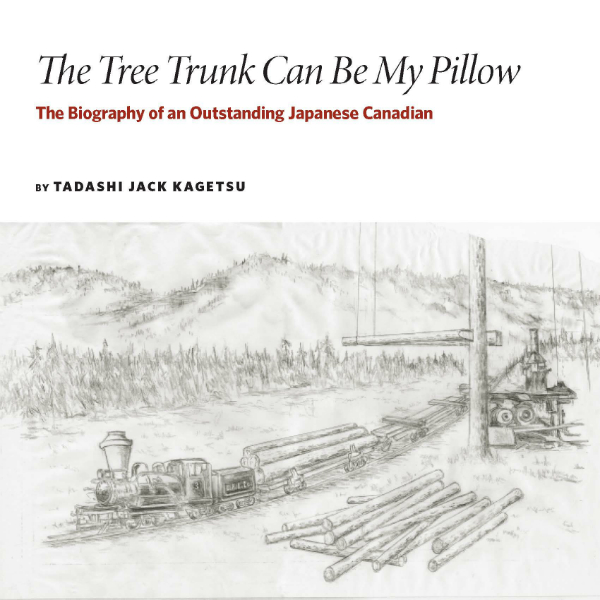 Author Tadashi (Jack) Kagetsu (1931-2006) was the youngest son of “outstanding Japanese Canadian” and prominent Nikkei timber industrialist Eikichi Kagetsu. In The Tree Trunk Can Be My Pillow, Jack details the fascinating life and accomplishments of his father, and he follows the Kagetsu family across oceans and continents, telling a uniquely Japanese Canadian story of economic success and sudden dispossession. Jack Kagetsu was a highly talented individual. He received his PhD in Chemical Engineering from the University of Toronto in 1957. He went on to an accomplished career in the United States with the Union Carbide Corporation, where he received two patents for technical innovation. He was also a chess master – as a university student, he defeated a Russian grandmaster as well as a US and former world champion.

The Tree Trunk Can Be My Pillow is the result of over ten years of research that took Jack across North America, from New York to Virginia, Ontario to British Columbia, on a mission to find his father and reconstruct his family history. It is the culmination of Jack’s quest to reclaim lost years, lost knowledge, lost geographies, and lost memories. Published over ten years after his death, this book tells the remarkable story of Jack’s famous father, and it is an important text for anyone interested in Japanese Canadian history. But the book also represents a personal vindication – a son’s repossession of memory, of relationships, and perhaps ultimately of history.