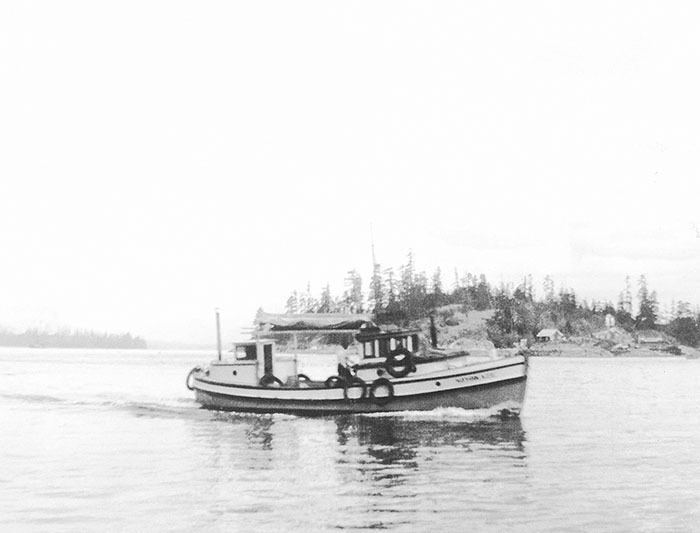 The Soyokaze in her fishing days before the war. Photo courtesy of the Museum at Campbell River

War stories are often told on Remembrance Day, but they are not always about heroes or significant battles.

A war story can take place where no battles are fought, as on Canada’s west coast where the Canadian military was preparing for a possible attack from Japan just prior to World War II. As a result of this fear and the attack on Pearl Harbor in December 1941, hundreds of Japanese Canadians were interred in camps in the belief that they posed a threat to Canada’s security, and their possessions were taken from them.

One such story is right in our own backyard.  On display at the Museum at Campbell River is an artifact whose story is significant, because it speaks of war time hardship and how a family ended a tale of loss with a happy event.  The artifact is the Soyokaze, (Gentle Wind) a 36 foot double ended cod fishing boat built at the Kishi Boatworks in Steveston in 1939, that belonged to Japanese Canadian fisherman Shigekazu Matsunaga.  Read article in the Campbell River Mirror