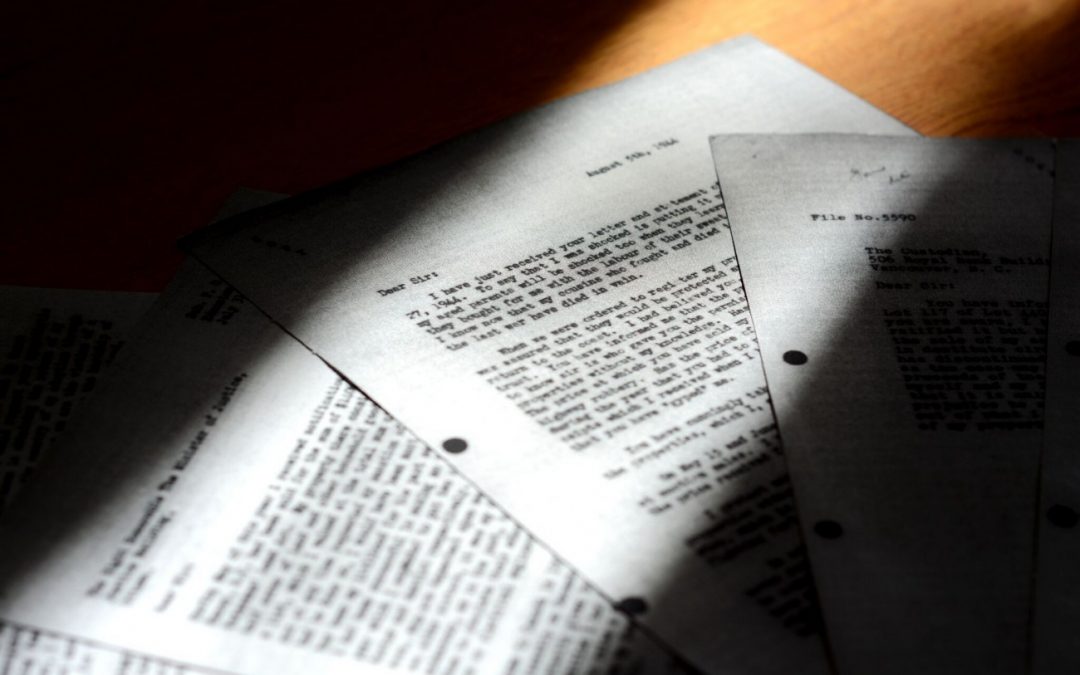 Some of 300 letters that UVic historian Jordan Stanger-Ross came across while researching at Library and Archives Canada. Photo: Chorong Kim.

The details reveal the human cost: a Singer sewing machine, heirloom china and a young girl’s doll brought all the way from Japan, as well as fishing boats, acres of property and houses built with people’s life savings—all seized and sold without consent.

In the mid to late 1940s, Japanese Canadians wrote 300 letters of protest about the forced sale of their belongings, businesses and homes. Now a seven-year, multi-million dollar humanities research project, led by the University of Victoria, has uncovered these unsettling and moving accounts of dispossession.

Authors of the letters include the owners of a successful dry cleaning business, an internee whose cousins died in France serving Canada during the First World War and a man who put two of his Canadian-born children through medical school.

The letters, written to the Canadian government, express the dismay, rage and betrayal Japanese Canadians felt when their property was seized and sold. The sales took place despite government officials’ assurances and continued after the war. In today’s currency, their losses would amount to at least one billion dollars.

Vancouver resident Judy Hanazawa’s parents and sisters were interned. Her father, a fisherman, wrote a letter to the Office of the Custodian disputing the sale of his family’s furnishings and personal belongings. Her grandparents and parents were also stripped of two fishing boats and two homes.

Hanazawa had not previously seen the letter. “I am proud of what he did,” she says. “There was so little my parents spoke openly about so I truly appreciate having something my dad wrote and sent.” 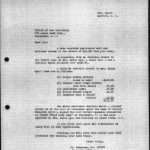 The history of the uprooting and internment of 22,000 Japanese Canadians in coastal BC during the Second World War has received scholarly and popular attention over the years, but the story of dispossession is not as well-known. UVic historian Jordan Stanger-Ross is leading Landscapes of Injustice—currently one of the biggest research projects in the field of humanities in Canada—to help people understand how much this history still matters.

“These letters deserve to be heard,” he says. “We risk overlooking the most important lessons of our past if we do not hold deep conversations about the legacies of twentieth-century racism. Today, as Canadians balance the human rights of migrants with widespread concerns about security, we must learn from our history.”

Stanger-Ross, who came across the 300 letters while researching at Library and Archives Canada, said federal officials ignored the letters 75 years ago, and then they were forgotten.

Since 2014, Landscapes of Injustice has investigated the dispossession of Japanese Canadians. Based at UVic, the project involves 16 universities, museums and community organizations. Now nearing the end of its research phase, the project will soon begin to communicate its findings to the public through schools and exhibitions.

Vancouver partner institution Nikkei National Museum will curate an online exhibition of the letters,Writing Wrongs: Japanese Canadians Letters of Protest from the 1940s, which will be made public through the Virtual Museum of Canada in 2019.

Landscapes of Injustice is funded by a $2.5 million grant from the Social Science and Humanities Research Council of Canada and $3 million in matching funds from participating institutions.

Read the campus article for more on this story.