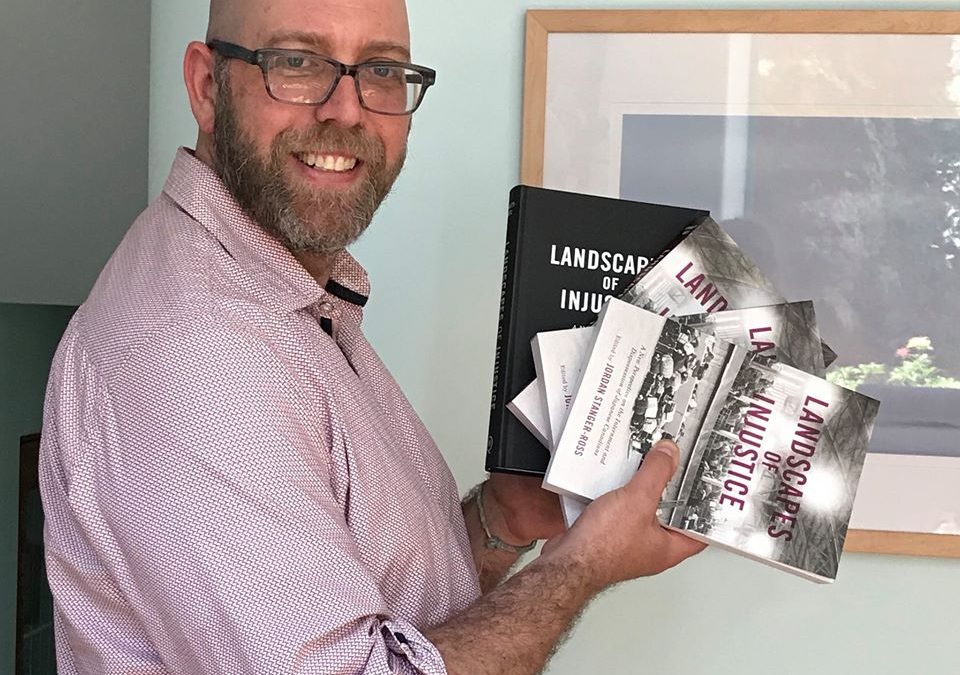 I was taken aback by when Vivian told me about her experience of COVID-19 related racism. I’d previously read the findings of an Angus Reid Institute survey, in which Chinese Canadians report assaults, verbal threats, and racist graffiti across Canada. Half (50%) of those surveyed say that they’ve been insulted as a direct result of the pandemic, almost as many (43%) say they’ve been threatened or intimidated, and 61% have altered their routines to avoid run-ins with racism. I knew also that the Japanese Canadian community was not immune. I was already aware that the National Association of Japanese Canadians was collecting reports, and I’d seen that a sign outside Hope, British Columbia which commemorates a Japanese Canadian internment road camp had been defaced. Vandals had written “they started the war” beside the words “Japanese Canadian” and “Good Job” alongside the details of the uprooting and internment. Still, I was not prepared for Vivian’s story.

Vivian’s experience was probably a lot like those reported by others: a verbal assault that ruptured a simple routine. She was at her grocery store, the kind of errand that has become both rare and unnerving in the shadow of disease. It was early morning, when the store opened exclusively for seniors, in consideration of their heightened vulnerability. Vivian waited in line and entered on cue. Moving through the near-empty store, she was suddenly confronted. A woman, white hair above her mask, poked a finger in Vivian’s face. A barrage of insults spewed forth: “why aren’t you wearing a mask? . . . you brought this disease . . . you’re a killer! . . . you’re all killers! . . . go back to where you belong!” By the time Vivian recovered, the woman was gone. Many other people in the store weren’t wearing masks, Vivian saw, and she asked herself the simple question that so often follows after discriminatory hatred: why me? When she got to the checkout, Vivian burst into tears.

I’ve come to know Vivian Wakabayashi Rygnestad over the last five years as she’s served as the chair of the Community Council for Landscapes of Injustice (LOI). In the spring of 2015, she delivered an eloquent and persuasive speech at the conclusion of our first major team meetings: we have work to do, Vivian said at the time, we have to learn to do this project together. And in the years since, she and I have often collaborated to do that work. Vivian is a careful listener. She’s the kind of person who makes you feel heard. And she’s thoughtful in response. You hear careful consideration in the pauses between her words and the precision of what she then says. But, Vivian also gives enthusiastic support. She can be a cheerleader when she chooses.

Vivian was born in an internment camp in 1943. In 2015 she learned that her father represented the Japanese Canadian community in an unsuccessful court challenge to the dispossession of their property. After the war, the family returned to Vancouver to rebuild their lives. They would sometimes drive past the family home that her parents had lost; they wanted Vivian and her sisters to know that landmark. They told their daughters to study hard, and Vivian listened, graduating from UBC with a degree in education. Before becoming teachers, she and some friends travelled to Europe where, in Norway, she met her future husband, Bjorn. The couple returned to Vancouver, where they raised two daughters, “lovely daughters” says Vivian. Meanwhile, she taught in Surrey and eventually became a principal.

During the early years of Redress, Vivian gathered to exchange stories and feelings with other Japanese Canadians. Looking around those rooms, she realized it was the first time she’d gathered with her wider community. Before then, she reflects, she and many other Japanese Canadians in Vancouver had hesitated to come together for fear of the responses they might provoke. Then, one day, she joined our Community Council, to support research and the telling of Japanese Canadian history. I’m very grateful that she did.

I was shocked when Vivian told me about the racist in the grocery store. She said that I shouldn’t be surprised, that this kind of thing happens all the time. Anyone who doesn’t know this, she said, should just talk with their Asian Canadian friends, with people of colour. I’m sure Vivian is right. Maybe, in that sense, I shouldn’t be shocked. But I was alarmed not at the existence of racism, but rather to hear its impact in the voice of a friend.

Vivian, like the rest of us, is still thinking it all through: the place of her family history in shaping her own life, the role of race and racism in Canadian society, our best paths forward. At the same time, she’s deepened my own efforts, and those of many others, to do the same. Thank you, Vivian. You’re a wonderful teacher still.