“Landscapes of Injustice: A New Perspective on Internment” 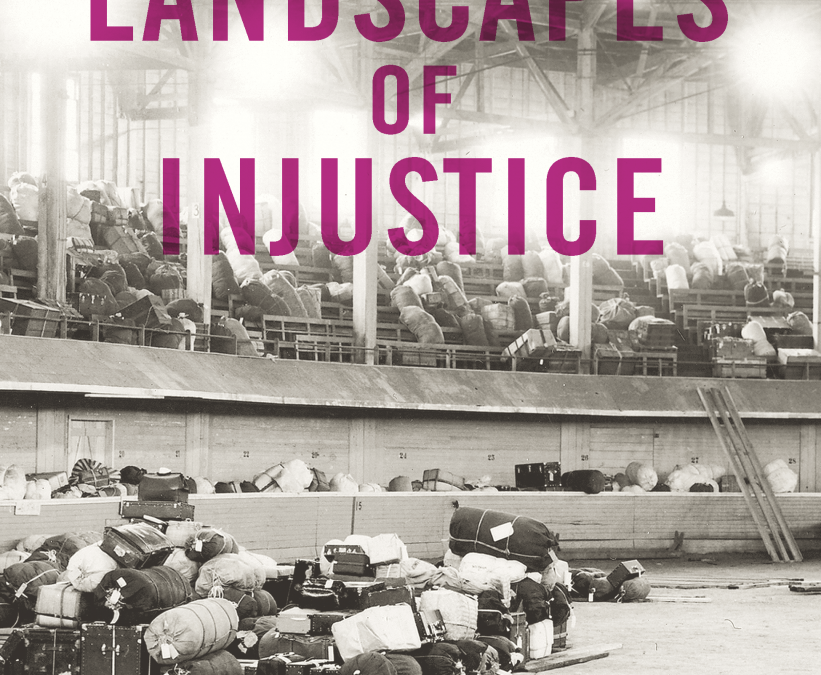 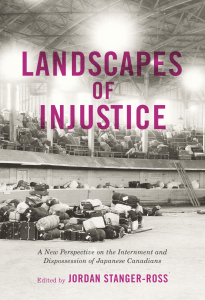 Landscapes of Injustice, the book, emerges from a collective effort to observe, from a new perspective, Canada’s mass uprooting and internment of Japanese Canadians on the basis of race. This perspective centres on the dispossession – by theft, vandalism, neglect, and forced sale – of property. All forms of property were taken. Families lost heirlooms and everyday possessions. They lost decades of investment and labour. As a result of the dispossession, Japanese Canadians also lost opportunities, neighbourhoods, and communities. They lost retirements, livelihoods, and educations. But, Japanese Canadians also responded. They responded by preserving and rebuilding home in the face of dispossession. They responded by sneaking aboard trains to internment more luggage and money than was officially permitted. They sometimes cultivated relationships with the officials responsible for their material well-being and sometimes exploded in outrage. Japanese Canadians responded in court, in print, and in public. They demanded an accounting of state wrongdoing that exceeded any exigencies of war.

As a partnership – comprised of academics from across Canada, museum and archival professionals, teachers, major Japanese Canadian organizations, and established and emerging community leaders – our project has fostered a specific way of knowing and sharing a history of injustice. Our work has been characterized by diverse ways of knowing that, while sometimes in tension, enrich rather than contradict one another. This history is known to some members of our collective through the sheer force of an injustice directly experienced. We are perhaps the last large-scale project that will have the opportunity to work with people who lived through these harms and can recall them vividly: Art Miki as well as Tosh and Mary Kitagawa, in particular, brought the lived experience of the dispossession to our project. Their various responses, expressed in circumspect optimism, dark humour, and sheer outrage, have shaped our work and greatly enriched our understandings of this past. And yet, it is simultaneously the case that, until we began our work – research that recovered hundreds of thousands of relevant archival documents, digitized thousands of records of real estate sale, and recorded more than 100 interviews – very little was known about the dispossession. Japanese Canadians who lived with the loss of property understood its impacts upon their families but neither the most influential scholarly histories nor the most compelling community-based accounts explained why or how the dispossession happened, detailed the range of responses to the policy, or analyzed its effects. Our book conveys an historical understanding that has emerged from collectively holding complex ways of knowing. Our research is motivated by both the starkness of an injustice experienced and the struggle to understand a complex historical record.

-Excerpt from Introduction by Jordan Stanger-Ross

The book is organized around four major claims. These claims also structure the Nikkei National Museum travelling exhibit, which will launch at the end of August this year, resources for teachers in classrooms across Canada, and our project’s new website which will also go live at the end of the summer. In each of these outputs, we describe the dispossession as a deliberate killing of home (claim #1). We point to the sustained work that it required (claim # 2) and illuminate the complex rationales by which Japanese Canadians challenged the dispossession and the government defended its actions (claim #3). Finally, we argue that the loss of home is not a chapter of history that neatly closes. Instead, dispossession is permanent (claim #4). In all, we convey Canada’s internment of Japanese Canadians an important history within the larger stories of 20th century racism, state violence, and displaced people.