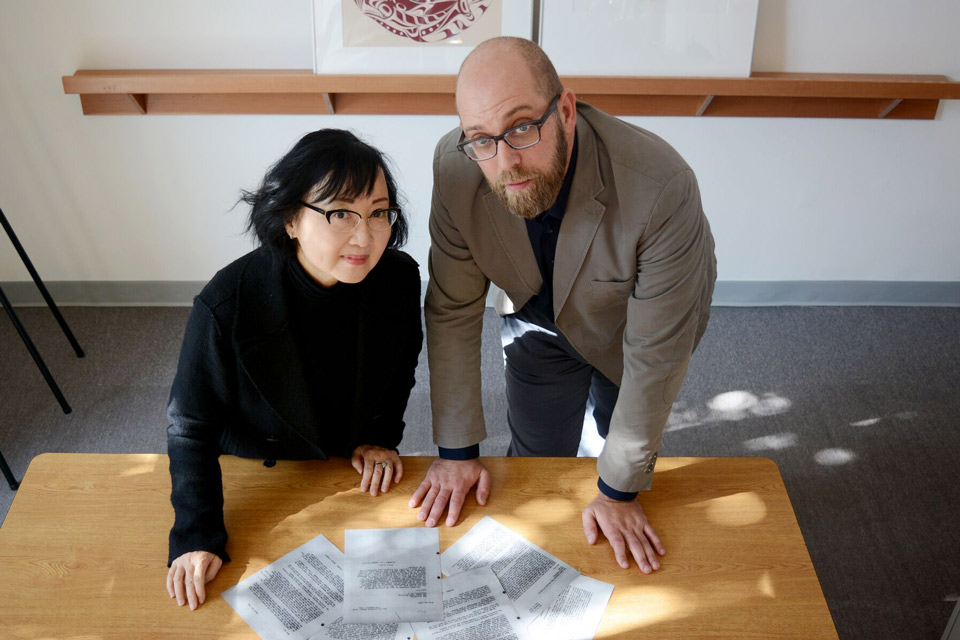 Sherri Kajiwara, director and curator of Nikkei National Museum, and Stanger-Ross with some of approximately 300 letters now part of the Landscapes of Injustice project. Photo: Chorong Kim

Jordan Stanger-Ross has made community-engaged scholarship the hallmark of his research, teaching and public service.

As the founder of the Landscapes of Injustice—a seven-year, multi-partner research project that explores the forced dispossession of Japanese Canadians during the Second World War—Stanger-Ross has fostered transformative relationships with local schools, museums, community members and Japanese Canadian cultural institutions.

Now in its sixth year, the project has received a total of $2.5 million in SSHRC grants and $3 million from partnering institutions to support initiatives such as the development of teaching materials for elementary and secondary school teachers across Canada, bus tours of former internment camps within the province, and a museum exhibit that will begin its national tour in August of this year.

Over a decade ago Stanger-Ross co-founded The City Talks, an ongoing series at the Legacy Gallery that unites public audiences with university scholars in thought-provoking discussions about the challenges and opportunities of urban life.

Throughout his work, Stanger-Ross has remained committed to serving the public interest as he breaks boundaries and strengthens communities in BC.