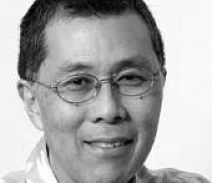 Gary Y. Okihiro’s research focuses on United States, southern Africa, and world history. Okihiro is the author of 11 books, most recently a trilogy on space/time, two volumes of which have been published:
• Pineapple Culture: A History of the Tropical and Temperate Zones (2009)
• Island World: A History of Hawai’i and the United States (2008)
Other publications include:
• A Social History of the Bakwena and the Peoples of the Kalahari of Southern Africa, 19th Century (2000)
• Common Ground: Reimagining American History (2001)
• The Columbia Guide to Asian American History (2001)
Okihiro is the recipient of the Lifetime Achievement Award from the American Studies Association, an honorary doctorate degree from the University of the Ryukyus (Okinawa), and is a past president of the Association for Asian American Studies. Okihiro received his PhD in history from the University of California, Los Angeles in 1976.
See more at: https://sipa.columbia.edu/faculty/gary-okihiro#sthash.CFQbu1Tw.dpuf