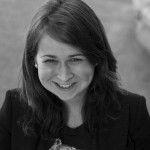 Esther Rzeplinski worked as a student researcher in the Knowledge Mobilization research cluster in 2014-15.

Following her stint as a BC Legislative Intern, Esther is thrilled to be a part of the Landscapes of Injustice project. She has a Bachelor of Arts in History from Simon Fraser University and has presented two of her papers at history conferences (“Memory and Memorialisation: Urban Experiences of Thessaloniki’s Post-War Jewish Community” and “’Guerrilla Gärtnern, Graffiti Und Instandbesetzung’: Reappropriating Urban Space in 1980s Kreuzberg”). With a keen interest in public programming and outreach, Rzeplinski hopes to pursue a career in Public History.