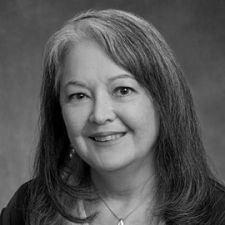 Audrey Kobayashi has a long history of research on the Japanese Canadians and in addition to her participation in Landscapes of Injustice, she is also involved in the “Right To Remain” project that includes a number of university researchers and graduate students in partnership with community advocacy organizations in the Downtown Eastside of Vancouver, where rapidly increasing property prices and gentrification threaten the precarious residents in hundreds of single occupancy residences (SROs). Many of these buildings were erected by Japanese Canadians, who were forced from their homes during the 1940s. They have used activist art as well as more conventional research such as housing surveys and interviews to document this new uprooting.

A native of British Columbia, Audrey Kobayashi completed a B.A. (1976) and M.A. (1978) at the University of British Columbia, and a PhD (1983) at UCLA. She taught in Geography and East Asian Studies at McGill University from 1983 to 1994. She came to Queen’s, initially as Director of the Institute of Women’s Studies (1994 to 1999) and thereafter as Professor of Geography. She has spent time as a visiting professor at the University of British Columbia, University College London and, most recently, Canterbury University, Christchurch, New Zealand. In 1994, Audrey was a Fulbright Fellow at the Migration Policy Institute in Washington, DC. Other positions include President of the Canadian Association of Geographers (1999-2001), and Editor, People Place and Region, Annals of the Association of American Geographers. She is also a former President of this association.