The story behind the Kagetsu collection 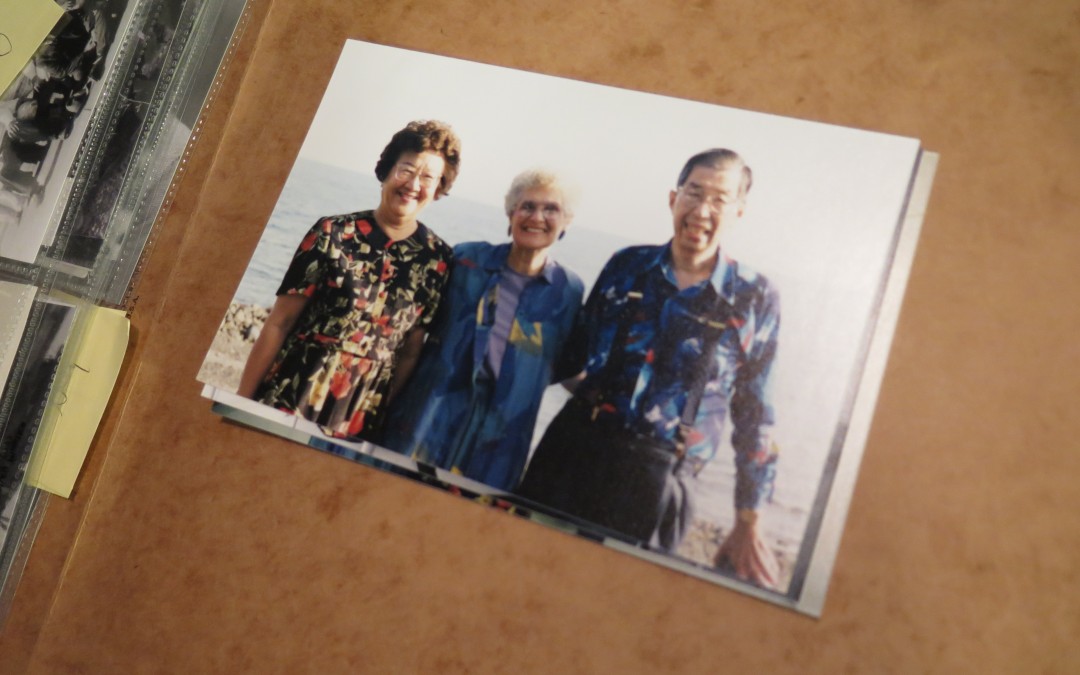 Jack and Kay Kagetsu stand with a friend. Kagetsu’s youngest son, Jack researched his father’s history over the course of a decade. Photo credit: Kaitlin Findlay with the Nikkei National Museum archival collection.

Jack Kagetsu is responsible for amassing this outstanding collection, the product of a decade of meticulous research into the illustrious and tragic life of his father, Eikichi Kagetsu.

At the height of his career, Eikichi was the president of the Deep Bay Logging Co. Ltd. and an established member of Japanese-Canadian society. The donated collection reveals evidence of this past, including gifts given to Eikichi in 1940 when he was awarded the Green Ribbon medal of 8th order for his work to expand his logging empire and as president of the Canadian Japanese Association. Eikichi’s hard-earned success ended abruptly when cabinet authorized the forced uprooting, interment, and dispossession of Japanese Canadians in 1942.

The seizure and sale of the Deep Bay Logging Co. Ltd. was a slow and complicated process. Eikichi’s Vancouver Island operation included over 7,000 acres of prime timberland, 9.5 miles of railroad, a locomotive, 19 flatcars, 4 donkey engines, 2 tractors, 24 camp buildings, tools and equipment. Once dispossessed, these items sold quickly and cheaply on a flooded market. On the mainland, strangers and acquaintances swept up the family’s belongings from their home in Kerrisdale, complicit in the process of erasing Japanese Canadians’ material lives from the landscape of British Columbia.

This scattered the evidence of the Kagetsu family history across North America. After cabinet repealed the internment legislation in 1949 the family relocated to Toronto and slowly rebuilt their lives. Fifty years after the rupture of the 1940s, Jack, Eikichi’s youngest son, travelled across the continent to reassemble his father’s past.

Jack found traces of this history in the national archives in Ottawa; the UBC Gonami Asian archive; the Consulate General of Japan in both Vancouver and New York; and in various archives in Japan. The acquisition contains the compiled notes from this research, in addition to records of conversations with former neighbors and Eikichi’s employees.

It was a family history project tinged with the sadness of the dispossession. At the national archives in Ottawa, Jack and Kay had to make an appointment to view their family’s possessions and were charged for access.

Jack rejoined the pieces of this history in his manuscript tentatively titled, The Tree Trunk can be Called my Pillow. When he passed in 2006, his wife Kay took on the responsibility to publish this work. The Nikkei National Museum has accepted this task as a commitment to Kay and the Kagetsu family.